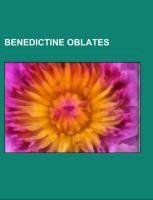 Source: Wikipedia. Pages: 24. Chapters: Dorothy Day, Elena Cornaro Piscopia, Frances of Rome, Hedwig of Silesia, Henry II, Holy Roman Emperor, Jacques Maritain, Joris-Karl Huysmans, Martin Weber, Walker Percy. Excerpt: Dorothy Day, Obl.O.S.B. (November 8, 1897 - November 29, 1980) was an American journalist, social activist, and devout Catholic convert; she advocated the Catholic economic theory of distributism. Day "believed all states were inherently totalitarian," and was considered to be an anarchist and did not hesitate to use the term. In the 1930s, Day worked closely with fellow activist Peter Maurin to establish the Catholic Worker movement, a nonviolent, pacifist movement that continues to combine direct aid for the poor and homeless with nonviolent direct action on their behalf. The cause for Day's canonization is open in the Catholic Church, and she is thus formally referred to as a Servant of God. Dorothy Day was born in the Brooklyn Heights neighborhood of Brooklyn, New York, and raised in San Francisco and Chicago. She was born into a family described by one biographer as "solid, patriotic, and middle class". Her father, John Day, was a Tennessee native of Scots-Irish heritage, while her mother, Grace Satterlee, a native of upstate New York, was of English ancestry. Her parents were married in an Episcopalian church located in Greenwich Village, a neighborhood where Day would spend much of her young adulthood. In 1904, her father, who was a sports writer, took a position with a newspaper in San Francisco. They lived in Oakland, California, until the San Francisco Earthquake of 1906 destroyed the newspaper's facilities and her father lost his job. The earthquake's devastation and how people helped homeless victims became strongly ingrained in the young Dorothy's memory. The family then relocated to Chicago. Day was an avid reader as a child. She was particularly fond of Upton Sinclair, Jack London, and hagiographies of Catholic saints. She had also read Peter Kropotkin, an advocate of anarchist communism, which, along with these others, influenced her ideas in how society could be organized. In 1914, Day attended the University of Illinois at Urbana-Champaign on a sch