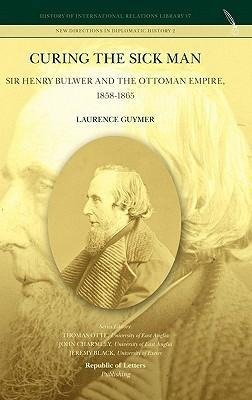 Most of the previous scholarship on Britain and the 'Eastern Question' ignores the crucial period between the end of the Crimean War in 1856 and the Bulgarian atrocities of 1876. This book, which focuses on the period 1858 to 1865, is, therefore, a significant... Viac o knihe

Most of the previous scholarship on Britain and the 'Eastern Question' ignores the crucial period between the end of the Crimean War in 1856 and the Bulgarian atrocities of 1876. This book, which focuses on the period 1858 to 1865, is, therefore, a significant addition to the literature. It develops important debates about the politics and mechanics of British diplomacy, and rescues from obscurity one of the most interesting figures from the diplomatic scene - Sir Henry Bulwer. It knits together an assessment of his personal impact on London's policy towards the Ottoman Empire with an explanation of the broader currents of foreign policy. Through Bulwer's embassy, it is also possible to examine debates about the existence of distinct Liberal and Conservative foreign policies, and to refine our understanding of the domestic party political dimension of foreign policy debates, with important implications for the working out in the recent historiography of a non-Palmerstonian line.

This book uses the embassy of Sir Henry Bulwer at Constantinople as a prism through which to examine British policy towards the 'Eastern Question' in the mid-nineteenth century. It is concerned with the 'politics of foreign policy' and the role of the diplomat in the decision-making process.

Introduction
Chapter 1: Turning away from that den of low intrigue: The Conservative approach to the 'Eastern Question'.

Chapter 2: Accepting anything less dangerous than a revolution: The Ottoman Empire and the Austro-French war of 1859.

Chapter 3: Leaving behind Malmesbury's 'milk and water'?: The Liberal approach to the 'Eastern Question'.

Chapter 4: Envying the flowery couch of Naples: Bulwer and the Constantinople embassy.

Chapter 5: Evidently bent upon doing mischief: The Russian challenge of 1860.

Chapter 6: Going hand over head: Britain, France and the Syrian massacres of 1860.

Chapter 7: Thriving under all the complications?: Scandal, division and disappointment, 1860-61.

Chapter 8: Evacuation by great persistence: Getting the French out of Ottoman territory.

Chapter 9: United and determined action?: Britain, Russia and the Balkans, 1861.

Chapter 10: Returning Turkey to its proper position?: The accession of Sultan Abdulaziz.

Chapter 11: Showing skill, promptitude, judgement and conciliation: Bulwer and the bombardment of Belgrade, 1862.

Chapter 12: A nation in favour of the Mahammedan barbarism?: The anti-Ottoman Parliamentary and press attack of 1863.

Chapter 13: Hard battles to fight: The Romanian and Egyptian Questions, 1863-64.

Chapter 14: Undoing everything de Redcliffe had done?: The Porte's attack on the Protestant missionaries, 1864.

Chapter 15: Letting the rest of the world go to pieces: The beginning of the end of 'Palmerstonian Orientalism'.

Laurence Guymer, Ph.D. (2010) in History, University of East Anglia, is a Junior Fellow at Winchester College and Research Associate at the University of East Anglia. He is interested primarily in British foreign policy in the nineteenth century. His most recent publication is A Question Presenting a Host of Difficulties: Sir Henry Bulwer, Viscount Stratford de Redcliffe and the Danubian Principalities, 1856-58 (History, 2011).