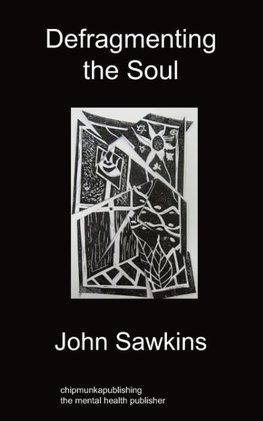 Though the main character, Matthew, inevitably has many character traits in common with the author, he is really more of a composite mixture of a whole plethora of personalities, borderliners and eccentrics, and acts as a mouthpiece for their shared plight,... Viac o knihe

Though the main character, Matthew, inevitably has many character traits in common with the author, he is really more of a composite mixture of a whole plethora of personalities, borderliners and eccentrics, and acts as a mouthpiece for their shared plight, advocating on their behalf, too, at times. Since Matthew was never content to be just one individual, he became what might consequently be referred to as a dividual. We follow his various reincarnations, as he flits, like a butterfly, between professions, roles and identities. Though his character is by no means unsullied, (he's more of an anti-hero) he eventually finds redemption, after he agrees to dump his charade of an identity and become, instead, what he might have been.

The reader will be faced by a number of challenges from the very start, for which a paradigm shift in his or her Weltanschauung may be required. Characters interact and join discussions across past, present and future time zones, both face-to-face and through the use of virtual reality devices. The dead communicate with the living and vice versa. They do this by meeting up inside Matthew's head. Unless the reader has experienced a world where he or she can no longer differentiate between reality and fantasy, the blurring of the distinction between the two will be hard to imagine. Suffice it to say, that for some of us, our fantasy world is altogether more vivid, exciting and 'real' than our shared 'reality' with you normal people!

Language plays a key role in Matthew's existence. He is constantly on the look-out for meaning. This perhaps justifies the inclusion of some rather esoteric material that flits from etymology to plays-on-words, occasionally across a number of foreign languages: primarily these are French, Latin and German. Just as he likes to extract meaning, however, Matthew is equally fascinated by the process of encryption of meaning. The roles he most successfully adopts are those of intermediary, and whether as a code-breaker, an interpreter or a medium, Matthew would no doubt have excelled, had he taken such opportunities offered to him when he was a young adult.

Like the communist German writer, Bertolt Brecht, Matthew has scant regard for religion, but he draws on the stories from the Bible in much the same way as Brecht did. And like Saint Paul, who 'saw the light' on the road to Damascus, Matthew, too, suddenly has his eyes opened after a lifetime of visual impairment, both literally and figuratively speaking. Whether we are believers or non-believers, there does appear to be an identifiable 'God spot' that occasionally lights up during functional magnetic resonance imaging. (fMRI). Perhaps mankind needs to rely on leaps of faith from time to time to adjust the intellectual balance which tends to be always biased in favour of the so-called 'laws' of science.

Along with the clutter of a superabundance of material possessions that really could do with recycling out to charity shops, and the like, Matthew has amassed during his lifetime a veritable dung-heap of emotional baggage and intellectual crap. Jean-Paul, the spirit-guide, assists him in the process of exorcising his demons, thus making space for new ideas and plans. In the bewildered state we find Matthew, the figure of Jean-Paul emerges as a trustworthy beacon who can guide him back towards sanity. Matthew has to decide what is truly worth keeping, valuable and collectable; what needs to be recycled; and what needs to go for garbage disposal. But he does not automatically throw things away: he first has to see if they can be fixed or repaired; just like the broken souls of the mentally ill. We all have a duty to do everything in our power to help them recover and not effectively consign them to the 'happy dumping ground'.

In Praise of Shadows

Inside Out and Back Again