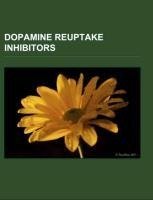 Source: Wikipedia. Pages: 26. Chapters: Dextromethorphan, List of phenyltropanes, Dopamine reuptake inhibitor, Tesofensine, WIN 35428, Mesocarb, RTI-113, List of cocaine analogues, Brasofensine, Troparil, Dichloropane, Tropoxane, Vanoxerine, Benzatropine, RTI-121, RTI-177, Ioflupane, RTI-112, HDMP-28, (-)-2ß-(1,2,4-Oxadiazol-5-methyl)-3ß-phenyltropane, RTI-51, RTI-274, Difluoropine, RTI-229, RTI-55, Altropane, GBR-12935, Amfonelic acid, RTI-150, 4'-Fluorococaine, RTI-120, 3-(p-Fluorobenzoyloxy)tropane, GYKI-52895, (-)-2ß-(3-(4-Methylphenyl)isoxazol-5-yl)-3ß-(4-chlorophenyl)tropane, RTI-371, 2ß-Propanoyl-3ß-(4-tolyl)-tropane, NS-2359, RTI-32, Salicylmethylecgonine, O-2172, Butyltolylquinuclidine, RTI-31, N-(3'-Fluoropropyl-)-3ß-(4'-chlorophenyl)-2ß-(3'-phenylisoxazol-5'-yl)nortropane, N-(2'-Fluoroethyl-)-3ß-(4'-chlorophenyl)-2ß-(3'-phenylisoxazol-5'-yl)nortropane, 2ß-Propanoyl-3ß-(2-naphthyl)-tropane, DBL-583, 2a-(Propanoyl)-3ß-(2-(6-methoxynaphthyl))-tropane, RTI-353, RTI-171, 2-Propanoyl-3-(4-isopropylphenyl)-tropane, RTI-352. Excerpt: Dextromethorphan (DXM or DM) is an antitussive (cough suppressant) drug. It is one of the active ingredients in many over-the-counter cold and cough medicines, such as Robitussin, NyQuil, Dimetapp, Vicks, Coricidin, Tussin, Delsym, and others, including generic labels. Dextromethorphan has also found other uses in medicine, ranging from pain relief to psychological applications. It is sold in syrup, tablet, spray, and lozenge forms. In its pure form, dextromethorphan occurs as a white powder. DXM is also used recreationally. When exceeding label-specified maximum dosages, dextromethorphan acts as a dissociative hallucinogen. Its mechanism of action is via multiple effects, including actions as a nonselective serotonin reuptake inhibitor and a sigma-1 receptor agonist and the action of its major metabolite dextrorphan as an NMDA receptor antagonist, producing effects similar to those of the controlled substances ketamine and phencyclidine (PCP), as well as the active metabolite 3-methoxymorphinan which produces anesthetic effects in rats with a potency above dextrorphan but below dextromethorphan itself. Dextromethorphan was identified as one of three compounds tested as part of US Navy and CIA-funded research that sought a "nonaddictive substitute for codeine"; it is implied that the compound was first found to have clinical potential in this study. It was first patented under in 1954. The U.S. Food and Drug Administration (FDA) approved dextromethorphan as a prescription antitussive drug on September 24, 1954, and subsequently as an over-the-counter cough suppressant in 1958. This filled the need for a cough suppressant lacking the sedative side-effects, stronger potential for misuse, and physically addictive properties of codeine phosphate, the most widely used cough medication at the time. During the 1960s and 1970s, dextromethorphan became available in an over-the-counter tablet form by the brand name Romilar. In 1973, Romilar was taken off the shelves after a b