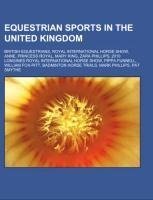 Equestrian sports in the United Kingdom