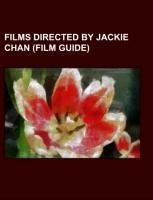 Source: Wikipedia. Commentary (films not included). Pages: 28. Chapters: 1911 (film), Armour of God (film), Armour of God II: Operation Condor, Chinese Zodiac (film), Dragon Lord, Drunken Master II, Jackie Chan: My Stunts, Miracles (1989 film), Police Story (1985 film), Police Story 2, Project A, Project A Part II, The Fearless Hyena, The Young Master, Who Am I? (1998 film). Excerpt: Drunken Master II (Chinese: ; Cantonese Yale: Jui Kuen II) is a 1994 Hong Kong kung fu action film directed by Lau Kar-Leung and Jackie Chan, who stars as Chinese folk hero, Wong Fei Hung. It was Chan's first traditional style martial arts film since The Young Master (1980) and Dragon Lord (1981). The film was released in North America as The Legend of Drunken Master in 2000. The film is a follow-up to Chan's 1978 film Drunken Master, directed by Yuen Woo-ping, but not a direct storyline sequel. Another film, Drunken Master 3 (1994, directed by Lau Kar-Leung) features little in common with either this or its predecessor, and is not considered a sequel. In 2005, Drunken Master II was named one of the top 100 best films of all time by Time magazine. The story begins in presumably early 20th century China at a crowded train station, with Wong Fei Hung (Jackie Chan), his father Dr. Wong Kei Ying (Ti Lung), and the family servant Tso (Cheung Chi-Gwong), waiting in line. Wong Fei Hung is angry about having to pay a duty on the ginseng that Kei Ying is bringing back for a client. Disobeying his father, Fei Hung hides the ginseng in the suitcase of an employee of the British consul to avoid the tax When the train makes a stop, Fei Hung and Tso create a diversion to sneak into the first class section (filled with members of the British Consulate and the British Ambassador) to retrieve the ginseng. However, when Fei Hung gets to the luggage section of the first class, he spots a Manchurian officer (Lau Kar-Leung) stealing an unknown item that is in a similar package as the ginseng. Fei Hung confronts him but the officer hits Fei Hung. However, Fei Hung retrieves the ginseng, and pursues the officer in revenge for hitting him. A long fight between them ensues under the train, with the officer gaining the upper hand. He warns Fei Hung that he will kill him and calls him a "henchman." Puzzled, Wong Fei Hung tells the officer that he is not a "henchman," and challenges him to a f

Was wir in der Schule lernen