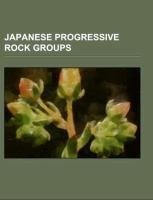 Source: Wikipedia. Pages: 60. Chapters: 8-Ball (band), Acid Black Cherry, Ali Project, Angel'in Heavy Syrup, Ars Nova (Japanese band), Baiser, Bi Kyo Ran, D (band), Eufonius, Flower Travellin' Band, Gerard (band), Janne Da Arc, Jealkb, KBB (band), Kinniku Shojo Tai, Koenji Hyakkei, L'Arc-en-Ciel, La'cryma Christi, Lareine, Ling Tosite Sigure, Luna Sea, Malice Mizer, Nightmare (Japanese band), Outer Limits (band), Phantasmagoria (band), Rain (Japanese band), Raphael (band), Ruins (Japanese band), Shingetsu, Sollers Osaka, Sound Horizon, The Alfee, The Hiatus, TM Network, Zabadak, Zeni Geva, Zi:Kill. Excerpt: L'Arc-en-Ciel ("The Rainbow" in French, stylized as L'Arc~en~Ciel) is a Japanese rock band that was founded in 1991 in Osaka. The group has sold over 15 million albums, 16 million singles, and millions of merchandise, including videos. In 2003, they were ranked 58 on a list of the top 100 Japanese pop musicians by HMV Japan. While they first got their start as a visual kei band, they have not had any association with the movement since their major label debut in 1994. In February 1991, bassist tetsuya (then known as TETSU) recruited vocalist hyde (then known as HIDE), guitarist HIRO and drummer PERO. Together, they formed a band and named themselves L'Arc-en-Ciel. A year later, after gaining popularity in their hometown of Osaka, HIRO left the band on June 12, 1992. tetsuya then convinced his friend ken to quit his university studies and join the band as guitarist. However, PERO then left the group on December 30, 1992. The following year, sakura joined as L'Arc-en-Ciel's new drummer. On April 1, 1993, the band released their debut album Dune on the independent, but well-known, record label Danger Crue. The album was a success and ranked number one on the Oricon indies charts. This caught the attention of some major labels. In 1994, L'Arc-en-Ciel signed a contract with Sony Music Entertainment Japan's Ki/oon division. They released their major debut album Tierra that same year. Their third album Heavenly followed in 1995. In 1996, their fourth album, True, became their first to sell over a million copies. However, the success would be short-lived. In February 1997, drummer sakura was arrested for heroin possession. He officially quit the band on October 4, 1997. This proved to be the lowest point in the band's history, when news of sakura's arrest became public, the group's CDs were removed from the shelves in record shops. Their song "The Fourth Avenue Cafe", was replaced as the fourth ending theme of the Rurouni Kenshin anime after only four episodes. In addition,