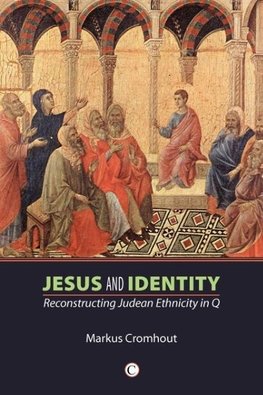 New Testament scholarship lacks an overall interpretive framework to understand Judean identity. This lack of interpretive framework is quite acute in scholarship on the historical Jesus, where the issue of Judeanness ('Jewishness') is most strongly debated. In "Jesus and Identity", a socio-cultural model of Judean ethnicity is developed, being a synthesis of (1) Sanders' notion of covenantal nomism, (2) Berger and Luckmann's theories on the sociology of knowledge, (3) Dunn's 'four pillars of Second Temple Judaism' and his 'new perspective' on Paul, (4) cultural or social anthropology in the form of modern ethnicity theory, and lastly, (5) Duling's Socio-Cultural Model of Ethnicity.

The proposed model is termed Covenantal Nomism. It is a pictorial representation of the Judean 'symbolic universe', which as an ethnic identity, is proposed to be essentially primordialist. The model is given appropriate content by investigating what would have been typical of ¿rst-century Judean ethnic identity. It is also argued that there existed a fundamental continuity between Judea and Galilee, as Galileans were ethnic Judeans themselves and they lived on the ancestral land of Israel. Attention is lastly focused on the matter of ethnic identity in Q. The Q people were given an eschatological Judean identity based on their commitment to Jesus and the requirements of the kingdom/reign of God.

MARKUS CROMHOUT is a research associate in the Department of New Testament Studies, University of Pretoria.

'Cromhout's book takes on a key question in the study of the Sayings Gospel Q, that of the kind of Judaism that the document presupposes. He shows convincingly how Q both manifests a Judaism that is both in signi¿cant continuity with other forms of Judaism, but also departs from traditional convenantal nomism. Jesus and Identity is splendidly conceived, sophisticated in its argument, and important in its conclusions.' -John S. Kloppenborg
University of Toronto, author of 'Excavating Q'

'In this study, Cromhout takes up current research on the historical Jesus, Galilee, and Q and sifts the evidence through the sieve of contemporary social-scienti¿c models of ethnicity. The result is a theory about the ethnic identity of a "Judean" (Jewish) Messianist group represented by Q. His study engages modern scholarship, is well organized, and eminently readable. Both advanced scholars and discerning students will bene¿t greatly from Cromhout's synthesis.'