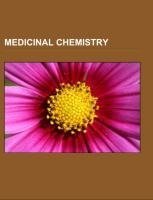 Source: Wikipedia. Pages: 75. Chapters: ACS Medicinal Chemistry Letters, ADME, Antitarget, Applicability domain, BindingDB, Binding coefficient, Bioavailability, Bioisostere, Bioorganic & Medicinal Chemistry, Bioorganic & Medicinal Chemistry Letters, Cholinergic crisis, Conformation activity relationship, Craig plot, Discovery and development of thalidomide and its analogs, Docking (molecular), Druglikeness, Drug carrier, Drug design, Drug discovery, Enzyme inducer, Enzyme inhibitor, First pass effect, Galenic formulation, Glycerinated gelatin, Grimm's hydride displacement law, Herchel Smith Laboratory for Medicinal Chemistry, HERG, Inte:Ligand, Journal of Medicinal Chemistry, LigandScout, Ligand efficiency, Lipinski's rule of five, Lipophilic efficiency, List of cosmetic ingredients, Mechanism of action, Molecular binding, Molecular oncology, New chemical entity, Nocebo, PAMPA, Partition coefficient, PDE5 drug design, Pharmaceutical formulation, Pharmacodynamics, Pharmacophore, Pharmacy, Placebo, Polar surface area, Quantitative structure-activity relationship, Research chemical, Semisynthesis, Sulfad, Therapeutic window, Therapy, Toxicokinetics. Excerpt: A placebo ( -boh; Latin placebo, "I shall please" from placeo, "I please") is a simulated or otherwise medically ineffectual treatment for a disease or other medical condition intended to deceive the recipient. Sometimes patients given a placebo treatment will have a perceived or actual improvement in a medical condition, a phenomenon commonly called the placebo effect. In medical research, placebos are given as control treatments and depend on the use of measured deception. Common placebos include inert tablets, vehicle infusions, sham surgery, and other procedures based on false information. However, placebos can also have a surprisingly positive effect on a patient who knows that the given treatment is without any active drug, as compared with a control group who knowingly did not get a placebo. In one common placebo procedure, however, a patient is given an inert pill, told that it may improve his/her condition, but not told that it is in fact inert. Such an intervention may cause the patient to believe the treatment will change his/her condition; and this belief may produce a subjective perception of a therapeutic effect, causing the patient to feel their condition has improved - or an actual improvement in their condition. This phenomenon is known as the placebo effect. Placebos are widely used in medical research and medicine, and the placebo effect is a pervasive phenomenon; in fact, it is part of the response to any active medical intervention. Archie Cochrane suggested in 1972 "It is important to distinguish the very respectable, conscious use of placebos. The effect of placebos has been shown by randomized controlled trials to be very large. Their use in the correct place is to be encouraged " The placebo effect points to the importance of perception and the brain's role in physical health. However, the use of placebos as treatment in clinical medicine (as opposed to laboratory research) is ethically problematic as it introduces deception and dishonesty i