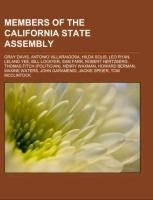 Members of the California State Assembly