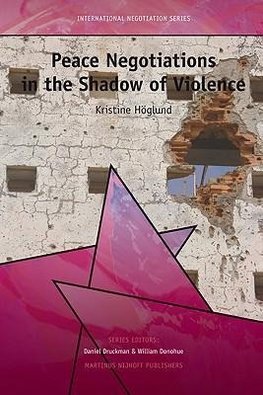 Peace Negotiations in the Shadow of Violence

Attempts to negotiate peace agreements are frequently accompanied by terrorist attacks, political assassinations, and massacres. Why do peace talks sometimes fall apart as a result of violence, while belligerents at other times are brought to the negotiation table in the wake of violence? This book addresses this serious conundrum. Firmly anchored in theories on conflict resolution and negotiation, and drawing on empirical insights from Guatemala, Northern Ireland, South Africa, and Sri Lanka, patterns of actions and responses in the aftermath of violence are analysed. The book uncovers some of the principal conditions explaining the influence of violence on these negotiation processes, and questions the common perception that violence always has a one-sided negative effect on peace processes.