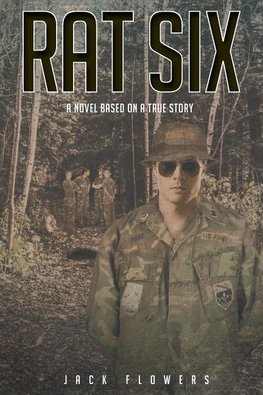 Based on a true story, Rat Six tells the story of Clifford Price who, like hundreds of thousands of other young men in the 1960s, was drafted into the United States Army and served in Vietnam. Price was from Indiana, where he was a college student who had... Viac o knihe

Based on a true story, Rat Six tells the story of Clifford Price who, like hundreds of thousands of other young men in the 1960s, was drafted into the United States Army and served in Vietnam. Price was from Indiana, where he was a college student who had recently returned from a year studying abroad in Denmark. He came from a long line of soldiers; his two grandfathers served in the First World War and his father in the Second. Vietnam proved to be his turn to fight.

Little did he know that his war would not only be a conflict on the battlefield, but a conflict in his mind. Torn between his anti-war sentiments, which had been reinforced by his year abroad and the proud heritage of his forefathers, Price had to choose between right and wrong, survival and death, love and war.

Having been a commissioned officer in the Army Corps of Engineers shortly after being drafted and selected for Officer's Candidate School, Price ended up in Vietnam in 1968. After three months of commanding a platoon of bridge builders, mine sweepers, and truck drivers, Price was offered the job of Rat Six, one of the most dangerous assignments in the war. Rat Six was the code name for the leader of the First Infantry Division Tunnel Rats.

The Tunnel Rats were some of the most courageous soldiers to fight in Vietnam. All were volunteers, slightly built, cunning, rebellious, trained in demolitions, and dedicated to ferreting out the enemy below. In the beginning of the war, entering a tunnel with only a flashlight and a pistol was almost suicidal. Over time, the Army learned to successfully navigate the underground labyrinths, retrieve vital intelligence, and destroy the tunnels.

The most organized of the Tunnel Rat teams in Vietnam was that of the First Infantry Division's First Engineer Battalion. The team was led almost from the beginning by Sergeant Robert Bateman, a crusty, hard-nosed non-commissioned officer from New Jersey. He was dubbed "Batman" by his men and his reputation spread far and wide. He became even more famous among the enemy, of whom he had killed many, than among other warriors in the Army. "Batman" was on the Viet Cong's "10 Most Wanted List," which included the most prominent generals and not one other non-commissioned officer.

Lieutenant Price was put in charge of the team and the conflict with Batman was immediate. Although there was no rank underground, Rat Six and Batman slowly built a mutual trust and the team's exploits and reputation grew even more. Harrowing missions and close calls engulfed the two men and their team. The tunnels were the setting and the enemy inside was just as fearsome as the men who pursued them.

After four months of working together, Batman was sent home after his fourth reenlistment for Vietnam was denied. Suddenly Price was alone and vulnerable. The fear became insurmountable, climaxing on his last mission.

Rat Six tells one of the most important yet little known stories of Lieutenant Clifford Price and his men. They were known as the Tunnel Rats, and their courageous exploits during the war in Vietnam are breathtaking and extraordinary.