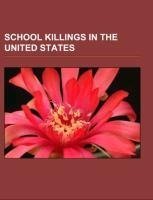 School killings in the United States