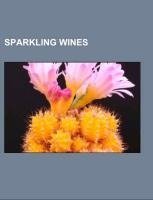 Source: Wikipedia. Pages: 47. Chapters: Asti wine, Bernini sparkling wine, Cava (Spanish wine), Champagne, Clairette de Die AOC, Cold Duck, Crémant de Luxembourg, Domaine Chandon California, Ferrari Spumante, Freixenet, Gyropalette, History of Champagne, Korbel Champagne Cellars, Lambrusco, Limoux wine, Prosecco, Roederer Estate, Sabrage, Saumur (wine), Schramsberg Vineyards, Sovetskoye Shampanskoye, Sparkling wine production, Törley, Trento DOC, Txakoli. Excerpt: Sparkling wine is a wine with significant levels of carbon dioxide in it making it fizzy. The carbon dioxide may result from natural fermentation, either in a bottle, as with the méthode champenoise, in a large tank designed to withstand the pressures involved (as in the Charmat process), or as a result of carbon dioxide injection. Sparkling wine is usually white or rosé but there are many examples of red sparkling wines such as Italian Brachetto and Australian sparkling Shiraz. The sweetness of sparkling wine can range from very dry "brut" styles to sweeter "doux" varieties. The classic example of a sparkling wine is Champagne, but this wine is exclusively produced in the Champagne region of France and many sparkling wines are produced in other countries and regions, such as Espumante in Portugal, Cava in Spain, Franciacorta, Trento DOC, Oltrepò Pavese Metodo Classico and Asti in Italy (the generic Italian term for sparkling wine being spumante) and Cap Classique in South Africa. Most countries reserve the word Champagne for a specific type from the Champagne region of France. The French terms "Mousseux" or "Crémant" are used to refer to sparkling wine not made in the Champagne region. German and Austrian sparkling wines are called Sekt. The United States is a significant producer of sparkling wine with producers in numerous states. Recently the United Kingdom, which produced some of the earliest examples of sparkling wine, has started producing sparkling wines again. While Dom Perignon is often credited with inventing Champagne, he actually spent most of his life trying to prevent the wine from developing bubbles.Effervescence has been observed in wine throughout history and has been noted by Ancient Greek and Roman writers but the cause of this mysterious appearance of bubbles was not understood. Over time it has been attributed to phases of the moon as well as both good and evil spirits. The first historical evidence of the production of a modern sparkling wine