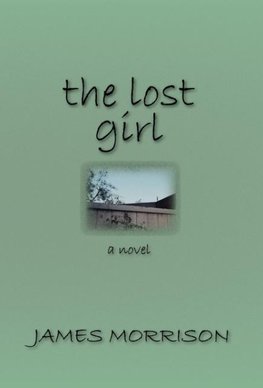 Cecelia, thirteen, lives with her father in a working-class suburb of Detroit. Her life is a quiet cycle of solitary domestic rituals and lonely social occasions. This routine is enlivened only by her fascination with Lolly, a television talk-show she believes... Viac o knihe

Cecelia, thirteen, lives with her father in a working-class suburb of Detroit. Her life is a quiet cycle of solitary domestic rituals and lonely social occasions. This routine is enlivened only by her fascination with Lolly, a television talk-show she believes allows her glimpses into the larger world beyond her own. After another girl in her neighborhood mysteriously vanishes, the texture of Cecelia's daily life is altered as she joins tentatively with the community's halting efforts to deal with the loss. When a letter from Cecelia about the lost girl prompts Lolly's show to come to town, Cecelia must confront her own role in the conversion of her schoolmate's disappearance into a media event.

In The Lost Girl, James Morrison finds a compelling lens through the eyes of a young person trying to understand the world and her place in it. In stylized prose both elegant and spare, saturated with irony but fraught with tenderness, Morrison raises questions about modern life that become more pressing by the day.


About the Author
James Morrison is the author of a memoir, Broken Fever (St. Martin's Press, 2001), as well as several books on film. His fiction and nonfiction have appeared in Massachusetts Review, Michigan Quarterly Review, Ploughshares, Raritan, and many other magazines. He lives in Southern California, where he teaches film, literature, and creative writing at Claremont McKenna College.

What Others Have Said
"In The Lost Girl, motherless Cecelia gets full credit for turning from an unnoticed shy eighth-grade girl into a compassionate young person. James Morrison observes each subtle tilt toward maturity so deftly that by the last chapter we're convinced and delighted to find how far she's traveled. There's lots of fun along the way-nineties teen attitude, a self-help TV talk show, a first kiss, an overweight chum of a dad-but for all the sparkle, this is finally a novel of genuine growth and change in a richly drawn character we come to love."
-Jonathan Strong, author of Elsewhere, Secret Words
and A Circle Around Her

"There's intelligence, wit, suppleness and a fine cadence to the sentences, and the book is full of well-observed detail. . . . Novels often struggle to balance emotional development and cultural commentary-one tends to overwhelm the other-but Morrison blends these elements remarkably well."
-Porter Shreve, author of Drives Like a Dream

"A magician's touch . . . Morrison is one of the most graceful purveyors of language that I have read in a very, very long time."
-Aurelie Sheehan, author of History Lesson for Girls