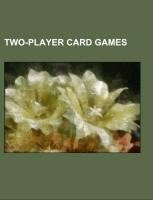 Source: Wikipedia. Pages: 39. Chapters: 500 (card game), 52 Pickup, Balloon Cup, Beggar-My-Neighbour, Bezique, Bidding war, Cribbage, Écarté, Egyptian Ratscrew, Elfern, Gin rummy, Klaberjass, Mariage (card game), Marjolet, Piquet, Rules of cribbage, Shithead (card game), Speed (card game), Spit (card game), Svoyi Koziri, War (card game). Excerpt: 500, Five Hundred, is a game devised in America shortly before 1900 and promoted by the United States Playing Card Company, who copyrighted and marketed the rules in 1904. The game can be played by two to six players but the most common form is for four players in partnerships although some sources say that the game is primarily for three players. The game is an extension of Euchre which also incorporates the basic principles of Bridge. 500 has always been considered as a social card game and was highly popular in the United States until about 1920 when Auction bridge surpassed it. Subsequently, Contract Bridge drove it out of favour in America, but it continues to enjoy popularity in Australia. It is popular in New Zealand as well, and widely played in Quebec. The game is played with a regular deck of cards with certain cards removed. Specialised "500" packs contain 63 cards, extended from 52 by the addition of a Joker, Elevens and Twelves in each suit, and two Thirteens in the red suits. The full pack is only required for six players, however, and is stripped of various cards for varying number of players, the basic principle that there should be just enough for ten cards per player and three left over (or two if the Joker is omitted). (see Variations, below) . Of the many variants to 500, the standard deck contains 43 playing cards: a Joker is included, and the 2s, 3s, and two 4s are removed. Either the two black 4s are removed, or the 4 of spades and 4 of diamonds are removed, in which case the 4 that matches the trump color is also considered trump, so that there are always 13 trump cards. Cards are dealt to each of the four players and three are dealt face down on the table to form the kitty (also known as the widow or blind.) Alternatively, a 45 card deck can be used, in which case the 4s are not removed. Each player still receives a hand of 10 cards, but the kitty is increased to five cards. Players play in pairs, usually opposite each other. Traditionally,