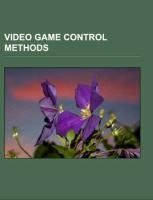 Source: Wikipedia. Pages: 42. Chapters: 3Dconnexion, Apple Mouse, Arrow keys, Comparison of consumer brain-computer interfaces, Computer keyboard, Cover system, Free look, Mousepad, Mouse (computing), Mouse button, Neural Impulse Actuator, NeuroSky, Optical mouse, Redoctane X-Plorer Controller, SpaceOrb 360, Variable translation control. Excerpt: In computing, a keyboard is a typewriter-style device, which uses an arrangement of buttons or keys, to act as mechanical levers or electronic switches. Following the decline of punch cards and paper tape, interaction via teleprinter-style keyboards became the main input device for computers. A keyboard typically has characters engraved or printed on the keys and each press of a key typically corresponds to a single written symbol. However, to produce some symbols requires pressing and holding several keys simultaneously or in sequence. While most keyboard keys produce letters, numbers or signs (characters), other keys or simultaneous key presses can produce actions or execute computer commands. Despite the development of alternative input devices, such as the mouse, touchscreen, pen devices, character recognition and voice recognition, the keyboard remains the most commonly used and most versatile device used for direct (human) input into computers. In normal usage, the keyboard is used to type text and numbers into a word processor, text editor or other programs. In a modern computer, the interpretation of key presses is generally left to the software. A computer keyboard distinguishes each physical key from every other and reports all key presses to the controlling software. Keyboards are also used for computer gaming, either with regular keyboards or by using keyboards with special gaming features, which can expedite frequently used keystroke combinations. A keyboard is also used to give commands to the operating system of a computer, such as Windows' Control-Alt-Delete combination, which brings up a task window or shuts down the machine. A command-line interface is a type of user interface operated entirely through a keyboard, or another device performing the function of one. While typewriters are the definitive ancestor of all key-based text entry devices, the computer keyboard as a device for electromechanical data entry and communication derives largely from

It`s Only a Movie: Reel Life Adventures of a Film Obsessive

Outlaw : India`s Bandit Queen and Me