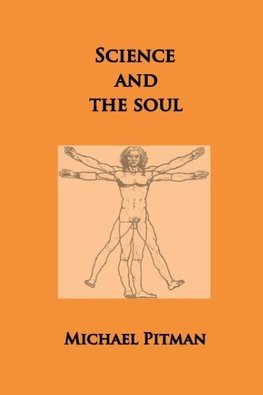 Science and the Soul

Are you agnostic? Religious? Or, by default, of atheistic/ materialistic faith? Whichever mind-set you inhabit, this book is for you. Science and the Soul interprets the world in terms of a framework called Natural Dialectic. Within this 'philosophical machine'... Viac o knihe

Are you agnostic? Religious? Or, by default, of atheistic/ materialistic faith? Whichever mind-set you inhabit, this book is for you. Science and the Soul interprets the world in terms of a framework called Natural Dialectic. Within this 'philosophical machine' it coordinates the major scientific disciplines of physics, psychology, biology and information technology - but not necessarily with conventional results. For example, according to materialism's modernistic view everything is physical - correct, of course, unless a metaphysical constituent exists. Could any immaterial factor (say, conscious perception, informant reason or mathematics) be discounted by an intellectual whim or, on the other hand, exert a universal influence? Natural Dialectic's simple, binary oscillation treats child-like questions that have excited and still excite the whole of philosophy and science.How did cosmos start? Who in heaven's name am I? Where on earth did you spring from? What, if any, is the object of brief travel through the nothingness of time and space? Can the theory of evolution and, therefore, materialism withstand incisive analysis? If you're intrigued then come with Science and the Soul upon a voyage of discovery. Welcome aboard (in neutral, alphabetical order) all Buddhists, Christians, Darwinists, Hindus, humanists, Jews, materialists, Muslims, scientific atheists, Taoists and other sorts of faith or lack of it! Armed with this tour de force (and its companion elaborations called Adam and Evolution, A Mutant Ape? and A Potted Grammar of Natural Dialectic) read on.
** The print version contains a detailed Index. This you are invited to regard as a web, a kind of sub-text whose indented entries make connections all across the volume's natural world. At the same time each of several volumes of the Cosmic Connections series (www.cosmicconnections.co.uk) sheds, as if a prism's angle has been shifted, new light on the case outlined by Science and the Soul.

A Map of the Invisible