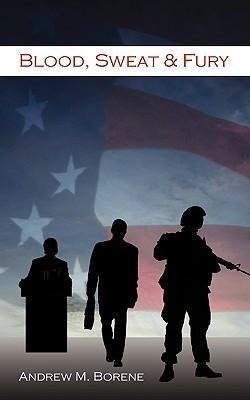 
Minneapolis , MN, December 1, 2009 -Andrew Borene- Andrew Borene's first collection of poetry, "Blood, Sweat & Fury", published by iUniverse, Inc. will be officially released on January 1st, 2009. Borene, now a lecturer in national security and intelligence studies at the University of Minnesota , was the 2006 Democratic State Senate candidate in Edina , Minnesota until he was charged with domestic assault and withdrew from publicly campaigning in order to seek treatment for alcoholism and PTSD. This collection of poems draws from Borene's experiences in business, war, and politics before seeking recovery. The result is an edgy and at times haunting look into the mind of a man struggling with addiction and trauma, and his own deadly combination of low self-esteem and inflated ego.


Former administrator of United States Veterans Administration and U.S. Senator Max Cleland remarked that "Andrew Borene has a warrior's body, mind and spirit, but he has a poet's heart. Out of the chaos of war sometimes comes truth. Out of the ugliest of battle sometimes comes beauty. All are found here in Andrew Borene's poetry. He is an author not to be missed."


A portion of the author's proceeds will support the Iraq and Afghanistan Veterans of America (IAVA) and Veterans of Foreign Wars (VFW).