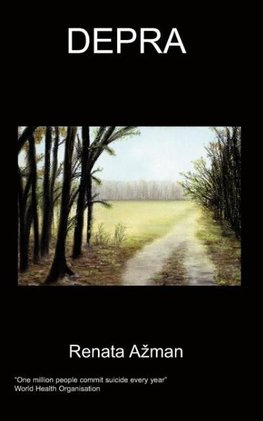 What makes Depra a bestseller in Slovenia? First of all, this is an optimistic book, allthrough it's about depression. The author is trying... Viac o knihe

What makes Depra a bestseller in Slovenia? First of all, this is an optimistic book, allthrough it's about depression. The author is trying to find a way out of black thoughts, out of abyss, out of the dark side of life called »depra«. Depra is a short word for depression no matter how long it lasts. Depra is a book about surviving, about struggling with oneself, about finally finding a way out of a long, dark tunnel. It is also a book about the meaning of life, about God, pscyhiatry, medications, other therapies and particularly a book about victory. People who read the book, are saying that they found themselves in it and that the book helped them in conquering their everyday problems and their struggle with the depression. Depra opened a lot of questions about mental health in Slovenia and after it was launched at the press conference, depression became an issue the media can no longer avoid. It meant a kind of release for people suffering of mental desease, who can now more openly talk about it. Depression and other mental disorders became a part of »normal« reality. »This is a book of courage,« wrote dr. Jozef Magdic, pscychotherapist and neuropscychiatrist who's merit it is that Depra was published. He belives in psychoterapeutic value of the book and, as he said, the diary of a person suffering depression is very important for the therapists, doctors and other people who are working with depressed people. In the book are expressed deep feelings and it was written with an open heart.

Renata Azman was born on February 14th 1964 in Ljubljana, Slovenia. She graduated at the Faculty for Sociology, Political Sciences and Journalism and got a job at the most popular Slovenian magazine Jana. She was a very succesful journalist until the first episode of her mental desease, manic-depression in 1992. In the last fifteen years she was three times hospitalized and in 2003 retired. In 2005 she published her first book in which she openly writes about her life and manic-depression as part of it. (Japajade, Tuma 2005). Her second book Depra (Mohorjeva druzba, 2007) is about depression and after three weeks it became a bestseller in Slovenia. Renata is receiving many letters in which people are expressing their gratitude. They found in the book the courage to struggle their own depression. She is still working as a journalist, when she is able to work. She is writing - among others - articles about mental health, a problem which is becoming bigger and bigger not only in Slovenia. Renata Azman is a fighter for truth, her books and articles are talking mostly about real life. She developed the concept of therapeutic writing, which helped her out of the crisis. Since spring 2006 she is feeling well. The right combination of medications, psychotherapy, distance healing and writing helped her to beat the dragon, she's been fighting with for the last 15 years. She is one of the founding members of the Slovenian Movement for destigmatization of mental deseases and disorders.