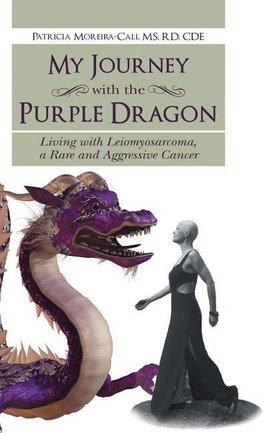 My Journey with the Purple Dragon

Patricia's world turned upside down when she was accidentally diagnosed with Leiomyosarcoma (LMS), an extremely rare cancer affecting only 1 in 5 million people. LMS is also a very aggressive type of tumor, thus nicknamed the Purple Dragon.
... Viac o knihe

Patricia's world turned upside down when she was accidentally diagnosed with Leiomyosarcoma (LMS), an extremely rare cancer affecting only 1 in 5 million people. LMS is also a very aggressive type of tumor, thus nicknamed the Purple Dragon.


After the initial shock of the diagnosis subsided, Patricia was ready to discover ways to heal herself and find hope. She went from being a counselor to thousands of patients on how to be proactive and take charge of their own health, to taking unknown paths in search of hope for surviving a disease that does not have a single established medical treatment. She embarked on a spiritual journey, which took her to Omega Institute, Bali and Brazil, where she met healers, a guru, a physician and other extraordinary people who became instrumental in her finding peace within and starting to believe that everything can be healed, even the Purple Dragon.


Born in Brazil, Patricia moved to the United States at age 20. She has a Master of Nutrition Science from the University of California, Davis, and has worked as a university professor, researcher, speaker, clinical dietitian and diabetes educator. She is also the proud mother of three children (including an angel in heaven) and the founder of Helping Children Heal (HCH), an NGO that provides medical treatment for impoverished and sick children who don't have health care. Patricia is a world traveler, having backpacked solo in Tibet, Nepal, Vietnam, Cambodia, Laos, Namibia, India and many other countries.


Above all she is a proactive woman who has been inspiring many as she travels the paths of healing and discoveries, keeping alive the flame of faith that even the Purple Dragon can be tamed.