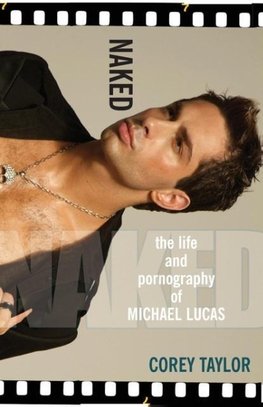 Ask anyone who the biggest name in gay porn is and they'll tell you, "Michael Lucas." Ask what he's like and you'll get the gamut of replies: He's a smart, shrewd businessman who studied law and loves the opera. A witty raconteur who doesn't drink, smoke or do drugs. A loyal son who is close to his family. Bracingly honest. Ruthless. A hot top with a killer body. Sexy. Razor-tongued and iron-fisted. Michael Lucas has been called everything on his climb from rent boy to running the most successful gay porn business in the entire world--but he's never been called boring. Now, in this no-holds-barred biography, Corey Taylor delivers a delicious portrait of gay porn's hottest maverick.
From the start, Michael Lucas challenged the stereotype of a porn star. He did not grow up in an abusive family. Instead, he was born and raised in Soviet Russia as Andrei Treyvas to a close-knit family of outspoken, intellectual Russian Jews. The shy, skinny kid grew up to be a handsome man determined to make his mark on the world--and how. From his start as an escort in Europe, to his hustling days in America, making the money he would invest in his own company, Lucas Entertainment, Michael's life is inspiring, provocative, and 100% candid--no filter.
NAKED lays bare the fascinating, often surreal life of a sexy, complex man who has set his own standards and played by his own rules. Chock full of outrageous quotes and "you've got to hear this" stories, this is one biography just like its subject: one of a kind.
Corey Taylor has a Bachelor of Arts degree in English from the University of Memphis. He has written for U.S. publications (Unzipped, Men, Artisan Northwest) as well as for publications in the UK (reFRESH) and Australia (DNA), covering celebrity features, art, fashion, and politics. Corey lives in Chicago, Illinois.