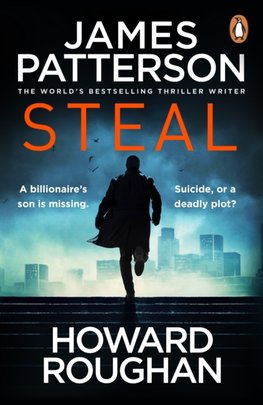 'James Patterson is The Boss. End of.' Ian Rankin'One of the greatest storytellers of all time' Patricia Cornwell'A writer with an unusual skill at thriller plotting.' Mark Lawson, Guardian__________________________________The third thrilling instalment of James Patterson's Instinct seriesThe stakes are sky-high for Dr Dylan Reinhart. When a student in Reinhart's psychology class threatens to kill himself, everyone hopes it's a hoax.

But when he can't be found after twenty-four hours, it seems the worst is confirmed. Did he really do it?The student's father, a powerful hedge fund CEO, is convinced he didn't. Only one person can help him get to the truth.

Reinhart is now wrapped up in multimillion-dollar secrets and danger and it's going to take every bit of his expertise to close the case. Can he stay ahead of his enemy . .

. Simply put: nobody does it better.' Jeffery Deaver'Patterson boils a scene down to the single, telling detail, the element that defines a character or moves a plot along. It's what fires off the movie projector in the reader's mind.' Michael Connelly