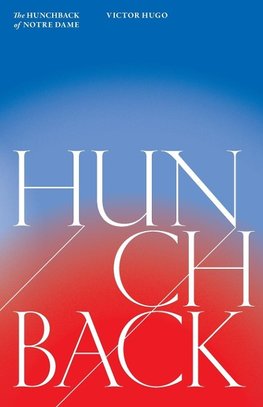 "Victor Hugo gave Notre Dame life as the vibrant heart of France." - The Guardian
The Hunchback of Notre-Dame (Notre-Dame de Paris, 'Our Lady of Paris' in French) is a French Gothic novel by Victor Hugo, first published in 1831.
"It is not just Hugo's... Viac o knihe

"Victor Hugo gave Notre Dame life as the vibrant heart of France." - The Guardian
The Hunchback of Notre-Dame (Notre-Dame de Paris, 'Our Lady of Paris' in French) is a French Gothic novel by Victor Hugo, first published in 1831.
"It is not just Hugo's intensely visual imagination that makes Notre Dame so vibrant. He made [a] successful model of historical fiction more lyrical and more philosophical in order to thicken and heighten his writing's dramatic qualities. Through his vivid reflections on how its history has been written by masonry and glasswork, Hugo envisages Notre Dame as the heart of a dawning civilisation in which compassion and community could triumph over insularity and inequality." - The Guardian
The story is set in Paris in 1482 during the reign of Louis XI. The gypsy Esmeralda (born as Agnes) captures the hearts of many men, including those of Captain Phoebus and Pierre Gringoire, but especially Quasimodo and his guardian Archdeacon Claude Frollo. Frollo is torn between his obsessive lust for Esmeralda and the rules of Notre Dame Cathedral. He orders Quasimodo to kidnap her, but Quasimodo is captured by Phoebus and his guards, who save Esmeralda. Gringoire, who attempted to help Esmeralda but was knocked out by Quasimodo, is about to be hanged by beggars when Esmeralda saves him by agreeing to marry him for four years.
The following day, Quasimodo is sentenced to be flogged and turned on the pillory for two hours, followed by another hour's public exposure. He calls for water. Esmeralda, seeing his thirst, approaches the public stocks and offers him a drink of water. It saves him, and she captures his heart.
Later, Esmeralda is arrested and charged with the attempted murder of Phoebus, whom Frollo actually attempted to kill in jealousy after seeing him trying to seduce Esmeralda. She is sentenced to death by hanging. As she is being led to the gallows, Quasimodo swings down by the bell rope of Notre-Dame and carries her off to the cathedral, temporarily protecting her - under the law of sanctuary - from arrest.
Frollo later informs Gringoire that the Court of Parlement has voted to remove Esmeralda's right to the sanctuary so she can no longer seek shelter in the cathedral and will be taken away to be killed. Clopin, the leader of the gypsies, hears the news from Gringoire and rallies the citizens of Paris to charge the cathedral and rescue Esmeralda.
When Quasimodo sees the gypsies, he assumes they are there to hurt Esmeralda, so he drives them off. Likewise, he thinks the king's men want to rescue her, and tries to help them find her. She is rescued by Frollo and Gringoire. But after yet another failed attempt to win her love, Frollo betrays Esmeralda by handing her to the troops and watches while she is being hanged. When Frollo laughs during Esmeralda's hanging, Quasimodo pushes him from the height of Notre Dame to his death. Quasimodo goes to the cemetery, hugs Esmeralda's body, and dies of starvation with her.