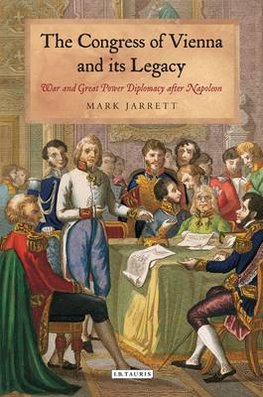 Congress of Vienna and its Legacy

In September 1814, the rulers of Europe and their ministers descended upon Vienna after two decades of revolution and war.... Viac o knihe

In September 1814, the rulers of Europe and their ministers descended upon Vienna after two decades of revolution and war. Their task was to redraw continental borders following the collapse of the Napoleonic Empire. Inevitably, all of the major decisions were made by the leading statesmen of the five \'great powers\'-Castlereagh, Metternich, Talleyrand, Hardenberg and Tsar Alexander of Russia. The territorial reconstruction of Europe marks only one part of this story. Over the next seven years, Europe witnessed unrest in Germany, Britain, and France, and revolution in Latin America, Spain, Portugal, Naples, Piedmont, Greece, and Romania. Against this backdrop, the Congress of Vienna was followed by an audacious experiment in international cooperation and counter-revolution, known as the \'Congress System\'. This system marked the first genuine attempt to forge an \'international order\' based upon consensus rather than conflict. The goal of the Congress statesmen was to secure long-term peace and stability by controlling the pace of political change through international supervision and intervention.

The fear of revolution that first gave rise to the Congress System quickly became its exclusive concern, sowing division amongst its members and ironically ensuring its collapse. Despite this failure, the Congress System had a profound influence. The reliance on diplomacy as the primary means of conflict resolution; the devotion to multilateralism; the emphasis on international organization as a vehicle for preserving peace; the use of concerted action to promote international legitimacy - all these notions were by-products of the Congress System. In this book, Mark Jarrett argues that the decade of the Congresses marked the true beginning of our modern era. Based on original research and previously unseen sources, this book provides a fresh exploration of this pivotal moment in world history.

The Life of Captain James Cook