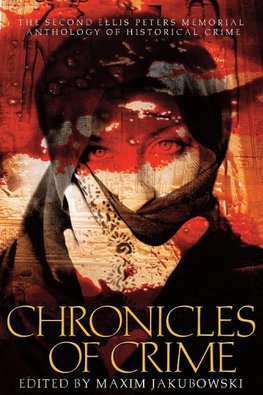 A few years have now passed, all too quickly, since the death of Ellis Peters. Crime writers and readers throughout the world still mourn her and sigh sadly at the prospect of no further adventures for that most beloved of Benedictine monks, Brother Cadfael.... Viac o knihe

A few years have now passed, all too quickly, since the death of Ellis Peters. Crime writers and readers throughout the world still mourn her and sigh sadly at the prospect of no further adventures for that most beloved of Benedictine monks, Brother Cadfael. But the influence other writing keeps on spreading, and the historical mystery genre stands stronger than ever as more and more writers embrace the field for its capacity to tell wondrous, gripping stories, to educate and entertain.

In 1999, recognition of Edith Pargeter's achievements as Ellis Peters was highlighted by the publication of Past Poisons, the first volume of this anthology, in which many leading British and American mystery writers paid homage to her influence. This was followed by the Crime Writers' Association decision to create a new annual Dagger award for excellence in the field of historical crime. The first, popular winner was Lindsey Davis, for her Falco novels set in the bustling world of ancient Rome. Lindsey was, of course, present in Past Poisons, and was in fact instrumental in inspiring me to launch this series in memory of Ellis Peters.

Once again, I have asked some of my favourite writers in the crime and mystery genre to contribute new stories with an historical setting, and the sheer time span and breadth of geographical locations conjured up by their imaginations is astounding, ranging from Ancient Egypt and Rome to suffragette times, with a nod in passing to gothic horror, westerns and amazing variations on known themes
and dastardly deeds.

I am quietly confident that Edith, had she still been alive, would have relished these colourful tales of puzzlement and adventure.
I'm sure you will. Enjoy.

Maxim Jakubowski is a former publisher and owner of the world-famous Murder One bookshop in London's Charing Cross Road. As well as being a writer and editor of various past cult publishing imprints, he is acknowledged as a disturbing and controversial voice in contemporary fiction. His collections have sold massively. He is a regular on television and radio where he is an expert on crime, erotica, and film. As a columnist for the Guardian he also writes on the arts for The Times. Maxim is literary director of the prestigious Crime Scene festival held at London's National Film Theatre. He is the author of many titles including Skin In Darkness, but also the editor for Past Poisons (An Ellis Peters Memorial Anthology of Historical Crime) and Murder Through the Ages.