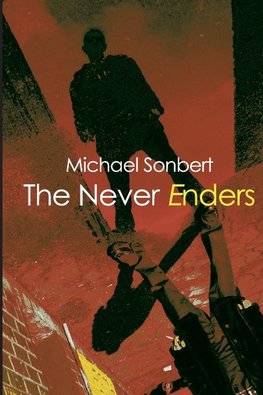 "The Never Enders is a sledgehammer to the psyche...an exhilarating journey filled with sex, violence, and startling desperation." -Daniel Alleva, Charged by the System

"The Never Enders is beautiful and haunting at the same time," -Bethany Andrews,
... Viac o knihe

"The Never Enders is a sledgehammer to the psyche...an exhilarating journey filled with sex, violence, and startling desperation." -Daniel Alleva, Charged by the System

"The Never Enders is beautiful and haunting at the same time," -Bethany Andrews,
"book.of.the.moment"

"Raw and enticing...crass and crude...the story is like a loud song that doesn't seem to die down," Helen Valencia, "Knight News"

Life is dark for Perry Patton, disaffected youth and angry artist, and escape is the name of his game. With his life savings in his pocket, he leaves the home he hates and heads to a city he's ready to despise. But his escape doesn't stop there. Giving himself one week, he's ready to live fast and die soon. But that one week in the urban jungle gives him more than he bargained for.

Life becomes a non-stop rollercoaster when Perry falls in with a group of hard-partying misfits who take his own attitude on life and multiply it by drugs, booze, and violence. Perry is soon swept up in the wild ride of these Never Enders, but not without consequence. The realities of a lifestyle outside the law set in and Perry finds himself with no one to trust and everything to lose.

The Never Enders is gritty, dark, and deep-Catcher in the Rye meets Fight Club for a new generation. Enter a world of self-destruction, vigilantism, and the worst of urban life. Once you enter, there's only one escape.

Michael Sonbert is a New York born novelist, whose dark expeditions into the world of sex, drugs, and violence, are at once shockingly real and fantastic. His original brand of hip, character-driven literary fiction focuses on the things we do to ourselves when we hate ourselves, and what it means to be young, addicted, and unloved. Sonbert's literature is born not out of lectures and writing classes. His is more the visceral, instinctual work that reminds one of early Charles Bukowski and Jack Kerouac. As he bleeds his beautifully violent brand of poetic prose onto the page, he creates riveting characters that traverse gripping plotlines that are equal parts lovely, disturbing, psychedelic and pulse pounding. As a member of The Biggs, a New York writer's collective, Michael presents his work regularly at venues such as Bowery Poetry Club, KGB Bar, and Cornelia Street Café, where he captivates audiences with his rapid-fire, high energy performances. Sonbert unleashes his alter-ego while singing and co-writing songs, for his Rock n' Roll band, The Never Enders. www.TheNeverEnders.com. Their debut album, Air Raid Romance, was released nationwide on Indianola Records, www.IndianolaRecords.com. Their latest effort, Dance Party In Hell, was released in May 2008 on Chamberlain Records. www.ChamberlainRecords.com

A Ladder to the Sky

Forever and a Day