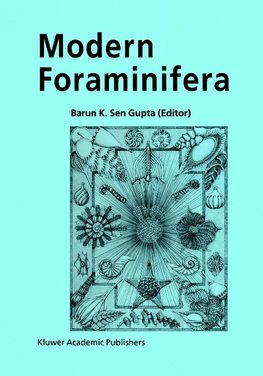 and Acknowledgments Modern Foraminifera started with a simple idea: Goldstein, Andrew Gooday, Pamela Hallock, to write an advanced text for university students Jeffrey Hanor, John Haynes, Johann Hohen- that would also serve as a reference book for ger, Scott Ishman, Frans Jorissen, Susan K- professionals. Being keenly aware of the bound- well, Martin Langer, David Lea, Richard Norris, William Parker, Nancy Rabalais, Charles aries of my competence, I invited fourteen col- Ramcharan, Charles Schafer, Scott Snyder, K- leagues to write most of the chapters. The neth Towe, Bert van der Zwaan, and two others chapters were designed to be balanced reviews, who chose to remain anonymous. Jessica but, with the lone exception of chapter two, they Schreyer assisted in editorial tasks. In the final had to be written under a rather stringent space stages of putting the book together, my burden limitation. Thus, although the list of references was lightened by the cheerful cooperation of is long, it surely does not include every single Petra van Steenbergen, our publishing editor at significant article on every topic covered in the Kluwer. In addition, I was helped by Ian Francis book. Both the subject matters of the chapters at the planning stage of the book. and the selection of authors were entirely my Two people deserve special acknowledgment.