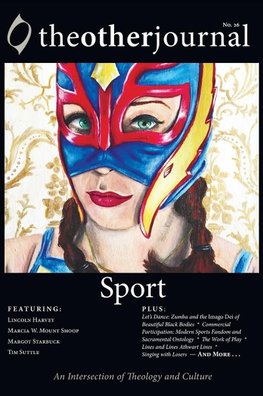 The ancient Olympic games were held every four years at the temple of Zeus. They were a major cultural and religious event that doubled as a contest between rivaling nation-states. Certain strands of mythology even suggest that Heracles, the strongest of mortal men, organized the event and built the Olympic stadium in honor of his father, Zeus. Today, few athletes devote their efforts to the honor of Zeus, but there remains a certain religiosity at work in sport's place within Western culture. Fame, fortune, and honor; character and fair play; skill and artistic perfection also remain at stake, just in new ways. As Marcia W. Mount Shoop explains in her interview with Jessica Coblentz, sports still ""tap into our most primal existential needs for vitality, for purpose, for creativity, for connection and community, and for work and play,"" and in this, our twenty-fifth issue of The Other Journal, we dive into these characteristics of sport, starting literally with Jennifer Stewart Fueston's poem ""A Swim"" and then continuing on to the ancient Greek stadium at Nemea. Our contributors consider the ethics, commodification, and embodiment of particular events, as well as the personal and cultural stories which weave in and out of sport. They do the hard work of conscientious fandom at football games; walk us through baseball liturgies; and take us to the windy courts of Philo, Illinois, where noted author David Foster Wallace was an outdoor tennis savant. They show us how to fly and then how to lose. And they invite us to dance, ""to let our bodies taste the salt of our sweat, hear the pant of exhalation, and feel the perspiration on our skin, for it is in these very possibilities,"" argues John B. White, ""that we relate to God, others, and self.""