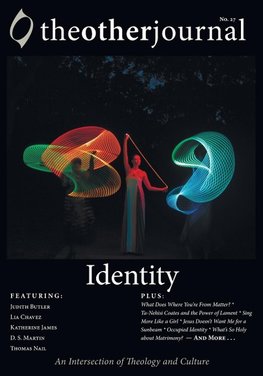 PLUS:
What Does Where You're From Matter? * Ta-Nehisi Coates and the Power of Lament * Sing More Like a Girl * Jesus Doesn't Want Me for a Sunbeam... Viac o knihe

PLUS:
What Does Where You're From Matter? * Ta-Nehisi Coates and the Power of Lament * Sing More Like a Girl * Jesus Doesn't Want Me for a Sunbeam * Occupied Identity * What's So Holy about Matrimony?


""We the people . . ."" So begins the familiar first line to the Preamble of the United States Constitution. But even in its initial context, in a document intended to be a manifesto of hope and freedom, the matter of who exactly was to be included in this ""we"" was unclear and contested. First-person pronouns (i.e., I and we) roll off the tongue-or onto parchment paper-with ease, but their common use often belies an underlying complexity. Who am I? Who are we? Who does my theology say that I am?

Identity is at the same time essential to life and yet also deeply contested, problematic, and enigmatic. The world may be becoming more one and, yet, it seems also to be becoming more different, fragmented, agonistic, and isolated. In this issue of The Other Journal, we explore the valences of identity, both individual and communal, personal and public. We take up the theme of identity in multiple ways, examining its interconnections with gender and race, the dissolution and reconstitution of borders, and, yes, even the 2016 presidential campaign.