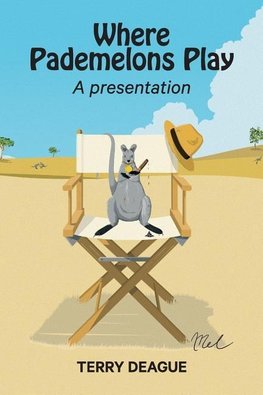 'If the dead only knew, they would spin in their graves.'
But what if the dead are not to be found in graves at all, but in a world beyond graves, from where they could exercise omnipotent powers to investigate the circumstances of their deaths?
The... Viac o knihe

'If the dead only knew, they would spin in their graves.'
But what if the dead are not to be found in graves at all, but in a world beyond graves, from where they could exercise omnipotent powers to investigate the circumstances of their deaths?
The late Mark E Larker, fashion photographer, is a case in point. When he exercises his powers in this way, he finds the circumstances of his death to be less than kosher. One Harry McMinn, techno-nerd, is heavily implicated. From his privileged viewpoint, Mark tracks Harry's life, presenting its narrative to his fellows in the afterlife, whom he refers to affectionately as 'pademelons', aka small wallabies. Denizens of the afterlife find presentations such as these, especially when spiced up with lively theatrics, to be useful diversions from the extreme boredom of eternity.
Harry's life, so presented, moves from birth, through an angst-filled adolescence, through lucky dealings in business and in personal relationships, through entanglements with international crime syndicates, and through numerous brushes with death. Harry comes out of it all smelling of roses, ready and willing to go on from strength to strength. The same cannot always be said of Harry's talented circle of friends. Most come to grief. One of this circle, Mark, dies at the hands of the criminals.
Mark resigns himself to his discovery that fortune in earthly life is unfairly distributed. He settles back to make the most of the eternity, too terrible to contemplate, that awaits him.

About the Author:
The author's main paper qualification is a PhD in photonuclear physics, i.e. nuclear reactions induced by photons, from the University of Melbourne. He has necessarily written a number of scientific papers in this field. In the 1970s, he wrote a review paper on the subject of Global Atmospheric Consequences of the Combustion of Fossil Fuels, which (as might be imagined) was ground breaking at the time. His literary accomplishments are a short story published in the Australian literary journal Tabloid Story in the 1970s, and a screenplay funded by Film Victoria in the 1980s but never produced. Where Pademelons Play is his first novel.

A Ladder to the Sky