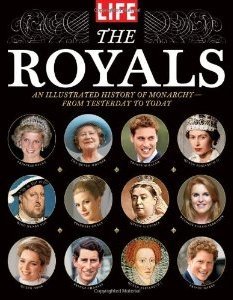 The Royals: An Illustrated History of Monarchy - from Yesterday to Today

Royals features the most famous portraits of the royals, taken by such photographers as Cecil Beaton, that first... Viac o knihe

Royals features the most famous portraits of the royals, taken by such photographers as Cecil Beaton, that first appeared in LIFE magazine, as well as candids that were shot behind-the-scenes and on-the-sly at the marriage of Prince Charles and Lady Diana by the ultimate insider, Lord Snowden. These images and the stories behind them are all in this book, as is the latest chapter: William, Harry, the autumnal years of Elizabeth and the future of the monarchy.

Other royals throughout the world are also visited, and history is revisited: Queen Noor of Jordan, the late Princess Grace of Monaco, the last queen of Hawaii before it became our 50th state, and the ancient queen of Egypt, Cleopatra VII.

Dare To Dream: Life as One Direction (100% official)